2017 was a difficult and an emotional time for Kingdom of Fife CAMRA when one of our main influences and support to the Festival and Branch sadly past away.

Kenny Broadbent a former Chairman and Festival Organiser was an instrumental force in the growth of CAMRA Fife and the Festival.

As a mark of respect, the Branch has decided to rename The Annual Champion Beer of Fife competition in his memory with the winning brewery now to receive a new trophy, named:

The champion Beer of Fife is a annual competition held at the Kingdom Of Fife Real Ale Festial.

Each Fife brewery is invited to submit a beer into the competition. The competition is blind judged by a panel of judges. Over the years a wide variety of judges from the following backgrounds have been used - Camra members from regional branches, Pub licencees, Camra Regional Directors and a Cask Marque Assessor. Below is a list of past winners.

The champion Beer of Fife 2021 is a bottled beer competition.

The Champion Bottled Beer of Fife 2021 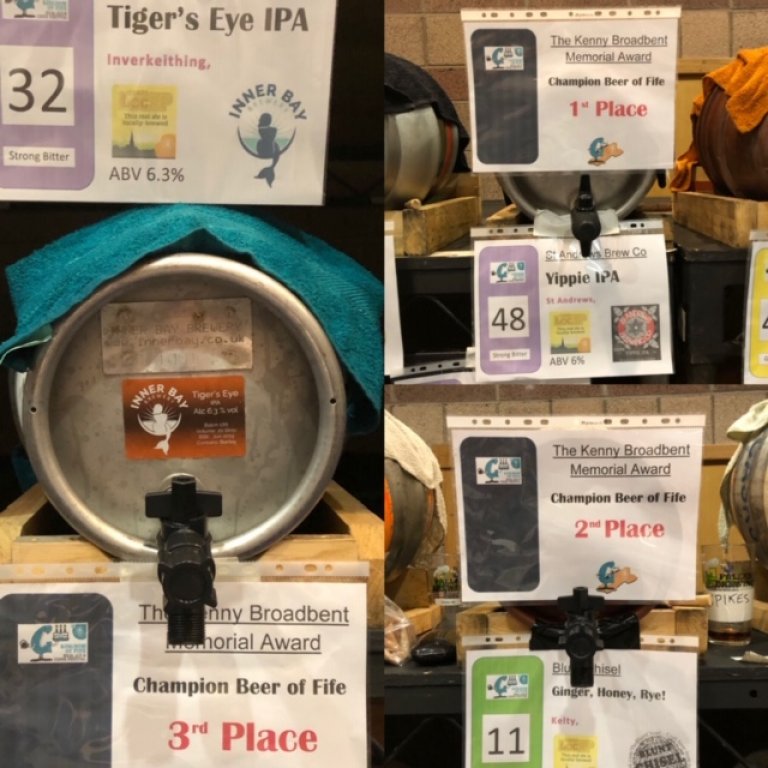